All the mess and madness before the cocktail sausage cook up.

I didn't plan to make a sausage sculpture before, I knew cutetifying food isn't my forte.

What did I plan to make?
Welcome to my Hall of FAILURES.

Cocktail Sausage Savoury Cheesecake.
The idea sounded good in my head, I used Maid brand's honey cocktail sausages, they're a bit sweet, so I thought they would work. I thought of making tarts instead of a huge cake, topped with glazed apples, peaches, or grapes, or a mix of fruits...maybe garnished with a piece of thinly sliced, deep fried crispy cocktail sausage.

I food processed the cocktail sausages into the cheesecake batter. The cheesecake ended up fluffy, more Japan than New York, which was fine, but the tiny bits of sausage made the cake super weird, and not in a good way. I probably should've left them sliced to give the cake bits of bite. You can see that I've failed the cream cracker crust too. I was too impatient waiting for it to set. Oppps.
I'll do better next time...

Apple, Pear & Cocktail Sausage Savoury Crumble
Again, the idea sounded good in my head, but the whole thing tasted so damn weird. I should've probably leave the fruits uncooked or pickled. Crisp the sausages and make the crumble separately and assemble them together in small shot glasses or something. This crumble topping was savoury, maybe I should've made the crumble topping sweet? I dunno, but I'll explore this idea and try again.

I realized I should stick to what I know instead of trying to be a smart ass, I'm a one trick pony after all. Heheheh. That's how I ended up with my dishes, sweet & sour sausages and the Indonesian sate sosis.

As for the Hello Kitty craziness...
I just wanted to have fun and create something mad for the event, instead of just bringing dishes.
I thought of making a whole table of food bloggers, most of them would resemble the bloggers who would attend the event, but OK, that's too damn ambitious, there's no way I could do that.

Then I thought of creating a mini me (a food blogger) out of cocktail sausages, but ok that's so damn narcissistic, I feel disgusted even as I am typing this up. Ugh.

I used these light colored small sausages. A tanned Hello Kitty would be cute too, but I tried to be as close as its original colors.

I bought a variety of stuff to realize my Kitty ambition.

Seaweed and seaweed strands for the eyes and whiskers, cheese for the nose, maybe add some food coloring for the red bow. Crackers and cracker sticks in case I need to build a table...

I had to make a lot of plan Bs...it's hard to stick anything to the sausages as they're oily! Everything slides down and fall off when touched, especially after the oil's dried out. I ended up using rice for the nose, stuck it to the face using a toothpick. I used honey as glue, small sharp scissors and tweezers helped a lot!

The camera's made of sausage wrapped with seaweed. This failed in the end, after a while, the seaweed peeled off..and I had a bit of a disaster with the bow too...the cheese melted. I was so upset. I tried to keep everything savoury, as if we're going to end up eating the whole thing (warning, food poisoning?), but in the end I gave up and made the bow and camera out of pink Sugus candies.

The slogan "my blog is cuter than yours" was made out of alphabet pasta and changed the banner to resemble a talk icon.

Whew! It's been so long since I've been so mad.
It felt so good, I look forward to more madness.

More pics are posted on my Facebook Page.
12 comments:

How could you say no to an event aptly titled "The Cock Up"?
Juicy wieners, food, drinks, competition, creativity...it's all cock full of fun!

Here are my entries for the event...

My Blog is Cuter Than Yours - Hello Kitty Food Bloggers.
My entry for the Best Sculpture category.
Made of cocktail sausages, seaweed, sugus candies, rice, cream crackers, alphabet pasta, stick together with honey and lotsa tooth picks.

There were tons of wonderful entries, check out how all cocked up we all were, pictures are posted on my Facebook Page.

Gadzillion of thanks to Tom & Jen for hosting, can't wait for our next saucy event!
6 comments:

Another crazy easy "recipe" for you.

Marinate pork meat (I am using pork neck, it has even fat marbling, stays tender and juicy no matter how you cook it) with miso paste, mirin, and a bit of sugar, preferably overnight in the fridge. Grill in 250C oven until golden brown with charred bits before serving. Tastes amazing with rice or noodle soup.

Simply pan fry prawns and kimchi in a bit of hot oil until the prawns are just done (do not overcook). You can stop here, it's yummy enough, trust me. If you wanna go further, you can add gochuchang for a bit of sweetness, then finish the dish with a bit of sesame oil and toasted sesame seeds (I didn't bother. Heheheh).
6 comments:

As if I am not miserable enough missing all the yummy street food I had in my previous post. Here's more.

My favorite from this food center.

Dry pan mee. Nothing beats freshly made noodles! I miss this so much!

Enjoying the noodles too much, I forgot to ask what kind of veggie/leafs are these?

Something I regret not trying...

Adore the idea. Maybe I should try making my own.
8 comments:

Finally! We've found a patch of grass we can sit on in Hong Kong! We were so happy it didn't rain yesterday, we had our picnic with Joe, Athena and baby Alice at Inspiration Lake.

The place is beautiful and it's easy to get to. Simply take the MTR to Disney station, and take the R8 bus to the Inspiration Lake recreation area.

We settled ourselves on a clean patch of grass, under the shade of a tree. We brought some simple food...sandwiches, hot dogs, shrimp paste grilled chicken wings, marinated meat and fish balls and Chinese sausages, and fresh melons.

I made roast duck sandwiches...

The hot dogs had cheese sausages, sliced cucumber, mayo, ketchup and spreadable cheese in them. I used cocktail buns, the inner part buttered and lightly toasted.

I also made apple caramel sandwiches. They're filled with slices of fuji apple, which were lightly salted to prevent them from browning, and slathered with some butter and toffee caramel spread.

The babies enjoyed their own food...and some of our buns...

And it was too hot, we decided to let baby Marcus try some popsicle.

He was shocked by how cold it was...at first.

Soon enough, he grew to love it...

...and kept asking for more.

It was so hot, we were pretty much melted, sun burnt, and bitten my mosquitoes/various insects, but we enjoyed it much, we're gonna go back when the weather is cooler.

The full set of pictures are posted on my Facebook Page. Like it if you haven't already ^_^
9 comments:

When I travel, I don't always try to dine in famous eateries. I normally just eat wherever and whatever, but I'd try to eat something local.

The following deliciousness are from a dai-pai-dong style eatery near Sunway Pyramid, Kuala Lumpur.

Char kway teow. One of my all time favorite. I order this every time!

I am not too crazy about sate padang, but my workmate lovessss them much!

Plump and juicy oysters, I love you.

Sambal grilled stingray. I so need you right now. Could anyone make this available in Hong Kong?

My favorite drink when I was in Malaysia, teh-o-ping (iced sweet tea).
This is how I love my tea. No lemon, no milk!

What other dishes do I like from Padang Indonesia restaurant? Check 'em out here.
6 comments:

The cookies are fragrant and buttery. The sponge cakes were light and fluffy, but again, there was not enough durian in them. I should've known better. Durian is always better as is.
食起上黎唔係咁有榴槤味..

Choki choki (I love choki choki when I was young! You squeeze out chocolate paste out of its plastic casing, it's like munching soft chocolate! Yum!), Nandos peri peri sauce (I am marinating some Nandos wannabe chicken to be grilled tonight), Caramel toffee spread, and tamarind paste.
唔知大家識唔識乜係CHOKI? 我細個成日食的. 勁鐘意! 係擠(git)出黎食既朱古力醬. Nandos 的烤雞醬 etc

You know I'm fond of spice mixes, and I surely bought some from KL ^_^
仲有好多方便調味醬!

Can't wait to try all of them.
好想快D試!
4 comments: 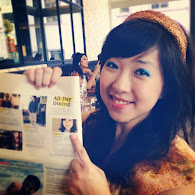 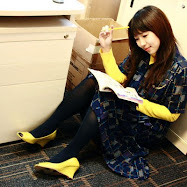 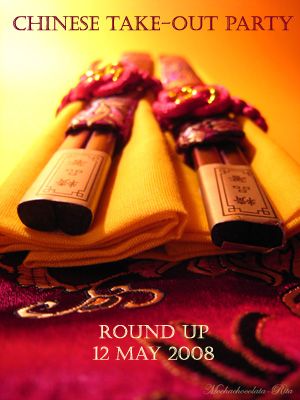